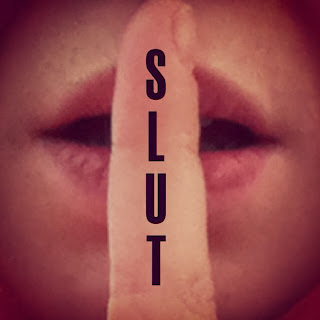 Earlier today I was facing a serious caffeine deficit so I went to the café at my place of work to get some coffee. Two of my co-workers were in there, both women, and they greeted me as I approached them,

I spent the next ten minutes chatting and laughing with them about past loves and lovers, and strange sexual situations we, or friends of ours, had encountered.

I really like having these conversations with women. The myth that a woman's value is tied up in her "purity" or virginity is often (re)shaken up for me, and for other women, I think, when we have open, honest discussions. As women we can give each other permission to exist outside of the "purity" paradigm when we are honest about our own desires and experiences.

Anyway, so we're having this conversation and one of the women tells us a story about a friend who recently had an experience in which she believed she was being fingered and then realized that the man was engaging her in intercourse. The story was supposed to be funny, because of the implication about the man's penis size, but I wasn't amused. I asked, concerned, if she was alright and expressed a sense of uneasiness at the lack of communication which could lead to that kind of misunderstanding, had he known whether or not she wanted to have intercourse?
The woman who had told the story responded,

Knowing this woman, and being there to hear her tone of voice and the things she said after making that statement, I know that the message she was trying to convey was that the woman had consented. She meant "She consented, so it's okay." Which alleviated my immediate concern for the woman in question, but heightened my concern for her future and the futures of other sexually active women.

There are two really nasty implications in this statement, the first one we've already touched on a bit; the implication that a woman who consents to sex is a slut. When the phrases "She consented" and "She's a slut" are interchangeable we have a real problem. Consent, enthusiastic consent, is an idea that our society needs to be celebrating, not shaming. We have to start respecting women's choices, especially as other women.
When a woman my age (early to mid twenties) tells other woman that she is a virgin there is almost always some surprise, followed quickly by someone saying something along the lines of "Good for you!" or "That's awesome" or "I really respect that." And there isn't anything wrong with that, except for the implication that a woman who isn't a virgin is then, by contrast, bad or less worthy of respect. We have to start respecting the empowerment in making an informed decision, regardless of whether it's the one this culture tells us is "better." That way we can truly start to celebrate enthusiastic consent and other responsible and empowering sexual decisions (like getting tested, using birth control, using condoms, etc.).

As a woman, I feel like I have a responsibility to stop letting the double standard of purity apply to me and to stop applying it to other women. You are valuable because you exist. Your value isn't based on whether or not you've made your sexual debut or how many sexual partners you've had. In fact, your value isn't even remotely tied to anything involving physical intimacy. Yours isn't, and mine isn't.

The other really big issue with this statement is the meaning you probably picked up on right away. I voiced concern about the possibility of a sexual assault. I was told, "She's a slut, so it's okay." As if the fact that a woman has consented to intercourse before determines whether she has the option to withhold consent later.

If your friend asks you if they can have $20 and you tell them yes, does it mean that he/she can take $20 from your wallet whenever they want now? Or that each of your other friends is entitled to $20 from you? Of course not! So why would anyone assume that because a person has consented to sexual activity in one situation, they are less able or likely to withhold consent in another one? That doesn't make sense at all.

AND - it's victim blaming -- She didn't get raped because everyone knows that she is a slut -- in other words; it's the victim's fault because she gave consent previously. Consenting to sex in the past was wrong and that is why this thing has happened.
Excusing the perpetrator and blaming the victim. Continuing the cycle of silence and shame.

It's really confusing, as a woman, to feel as if I only have value because of the ability my vagina has given me to engage in intercourse, while simultaneously feeling that if I use my vagina for intercourse I lose that value.